Looking at how the dada influenced the contemporary art world through the likes of Jeff Koons whom is known as the reincarnated Marcel Duchamp.Jeff koons is a American artist known for working with the pop culture much like Andy Warhol. Through his obsession with the popular culture his work addresses the concept of banality and formalities seen in society. Much like marcel duchamp’s readymades did. He in a way mocks the bourgeoisie. Jeff koons once said ‘There are a lot of other people who think about Andy and the links between us more than I do myself. OK, we’re a product of Duchampian history. [Marcel] Duchamp is the person who worked hardest to put art into the realm of the objective and I’ve never stopped wanting to follow him down that route.’

To Koons Marcel duchamp is his role model and inspiration for his works .

‘the equivalent of the bicycle wheel? Is it the apogee of objective art since the bicycle wheel? I’d say that it is. I think that it’s more objective than the packet of Brillo.’ Here Koons is claiming his ‘made in heaven’ is a reincarnation of Duchamp’s Readymade Bicycle. Both Duchamp and Koons work are art as a form of activism for their cultural and political beliefs. To me the similarities I see in both works discuss the banality of forms and function seen in the popular culture.

English artist based in London

Her art taks about sexual liberation, freedom of sex.

She is in a way an activist for sex and women in the context of sex. She is not afraid to discuss he sexual life and endeavours through her art work. Its an expression of her sex life.

She is a feminist in many of her works she uses conventional handicraft techniques of ‘women work’ for radical intentions. 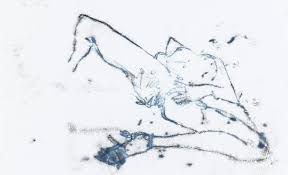 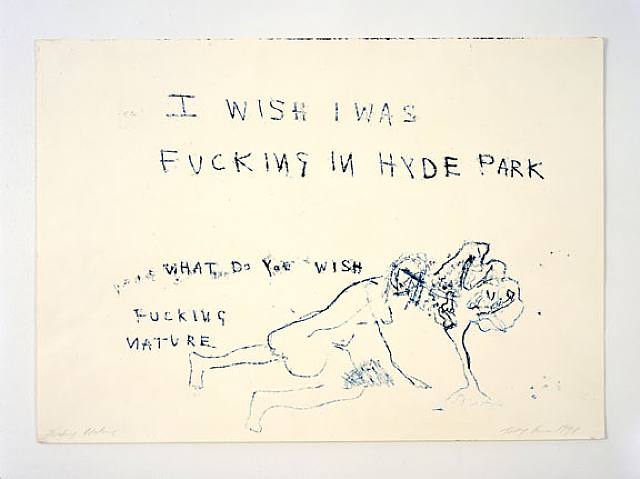 Late last year the Spanish government passed a law that set extreme fines for protesters convening outside of government buildings.

In response to the controversial Citizen Safety Law, which will take effect on July 1, Spanish activists have staged the world’s first ever virtual political demonstration.

After months of massive flesh-and-blood protests against the so-called ‘gag law’, thousands of holograms  marched in front of the Spanish parliament in Madrid.

I think this was a very interesting and innovative way to combine art with activism in the context of the media. It was the first hologram march in history. And I think very power-full.

Banskys is a ‘silent’ Grafiti artist he remains anonymous.

He goes around cities grafting, his gratifies have a distinct style and attitude about them.

His recent stunt at Sothebys now called ‘shredded love’ is a interesting example of cultural jamming in the media.

This stunt took place at Sothebys auction house in London on the 6th of October , after the painting was auctioned off for 1 million. It started shredding itself.

To which the audience was shocked.

I loved this stunt and now this shredded painting is worth double . To me this is an example of activism in a hidden and delicately done way.  Much like Bansky’s Graffiti.

In the episode below with Jason Spencer Sacha Baron Cohen plays they role of a Israeli  called Erran Morad. An Israeli anti-terrorism expert, member of the Israeli military, and former agent MOSAD.

In the episode he demonstrates the use of unconventional tactics and technology in the fight against such enemies as terrorists, immigrants. For example, he believes that the National rifles asociation’s plan for arming school teachers does not go far enough to curtail gun violence and proposes a new program, “Kinderguardians”, where children ages 3 to 16 are armed with guns.

Jason Spencer is state representative of Georgia announced his resignation after being in  the series. He is a republican and was pranked into believing Sasha Baron Cohen was actually Erran Morad.

I think the series who is America is a example of cultural jamming.

Anonymous is a famous large group of hackavists whom successfully broke into a number of corporations and police servers. As well as disabling government security sites, stole sensitive information such as credit card details, and defaced commercial websites.

fro 2008 to 2012 was when the group dubbed “Operation Tunisia”, which involved recruiting a number of Tunisian hackers to help take down eight government websites using DDoS (Distributed Denial of Service Attacks) attacks in support of Arab Spring movements in 2010.

What makes these activities different from your usual hacker. Is that they are not done for financial gain but rather to express opposition against Internet censorship and control. They acts as activists through their hacking , with the aim to express and stand for what they believe in. 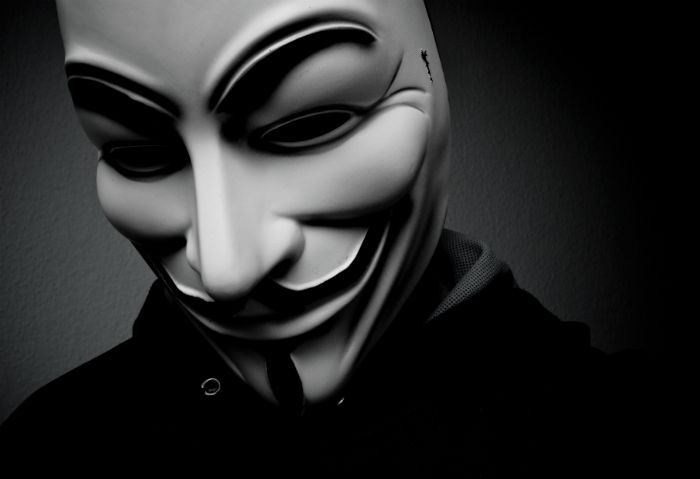 A group of Activist artistThey gained authority of the dolls in 1993 by switching the voice boxes on talking  GI Joes and Barbie dolls. And changed their voices ‘bringing’ awareness to gender stereotypes. They made the GI Joes say ‘the beach is the place for summer’ and the Barbie say ‘vengeance is mine’.

The BLO’s aim of this ‘surgery’ was to ultimately change gender stereotypes, during the 1990s it was a time when artists and activists were trying to find a new way to bring awareness to cultural stereotypes.

I really like this examples of cultural jamming within the media. I think it acted as propaganda in a light and humorous way to the subject of gender stereotyping. I find whats these artist did very comical yet at the same time effective. 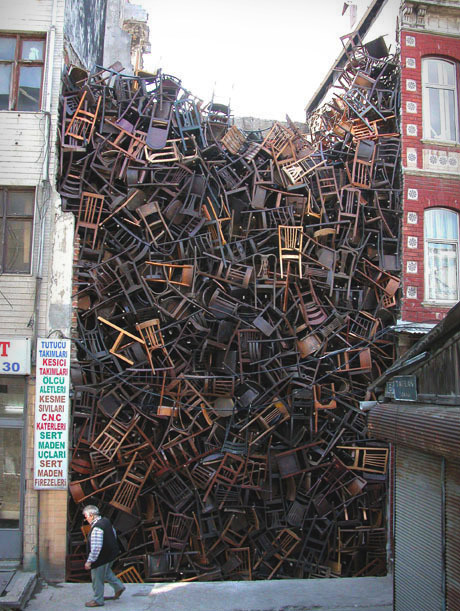 “evoking the masses of faceless migrants who underpin our globalised economy.” This piece was made to address the history of migration and displacement in Istanbul.

She says the piece acts as a ‘typography for war’

I love this piece for it mystery and uncertainty about it. When looking at this piece it is reminiscent to a memorial of some sort , and their is definitely a solem and almost empty feeling about it.

The fact she used chars to fill the emptiness between the buildings speaks loudly to me. As to me a chair symbol of our culture. There is definitely a feeling of displacement through the juxtaposition of objects.

I find this piece very powerful and speaks loudly for the unheard voices of the migrants who suffered. Through this piece Salcedo gave a voice to those unheard and those whom suffered.